Elmar Kares (born in 1918) was a lighthouse keeper after World War II who restored the rear beacon of Suurupi. He worked at the front and rear beacons of Suurupi lighthouse between 1950 and 1978.

The Baltic Sea is rough in winter. A thick night darkness descends on the bay early in the day. The winds blow freely above the wide expanse of water, making it restless and stirring up high waves. This kind of weather is not easy on the seafarer. The little ship has completed its task and returns to its base. The waves are throwing it around. Complete darkness surrounds it. But then, a flashing light appears. A lighthouse. The ship takes the right course… The voyage ends well. This is thanks not only to the sailors, but also the lighthouse workers; those modest, unobtrusive seamen. They do their hard and important work without fanfare and with few words. Like stars that lead the way, the lights lit by these people shine in the night. Suurupi lighthouse is situated tens of kilometres from larger settlements. Its massive round construction stands tall on its hill near a road next to the shore. 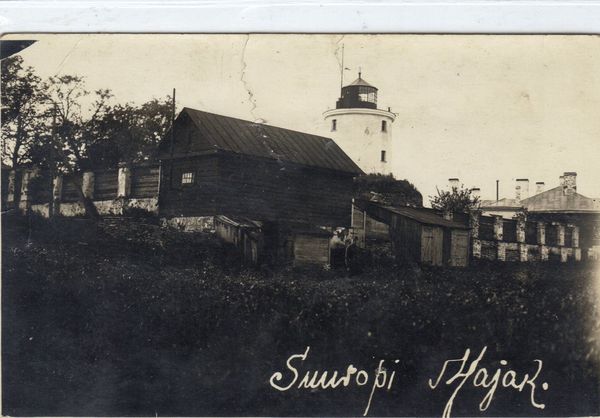 Years ago, Elmar Kares was appointed there as the lighthouse keeper. The new chief started his work with eagerness. With the help of his subordinates, he renovated the living quarters and service rooms, adjusted the equipment and organised units. This is the sixth year of Elmar Kares as the lighthouse chief. For six years, there haven’t been any accidents or breakdowns. No instances of warship commanders or ship captains complaining about the inaccurate work of the lighthouse. This is all the result of Elmar Kares’ persistent work, the product of his prudent approach to his work. It’s enough to take a quick look at the surroundings and indoor spaces of the lighthouse to convince us that the people who live and work here love their jobs, and are trying to put all their knowledge, strength and energy to use. 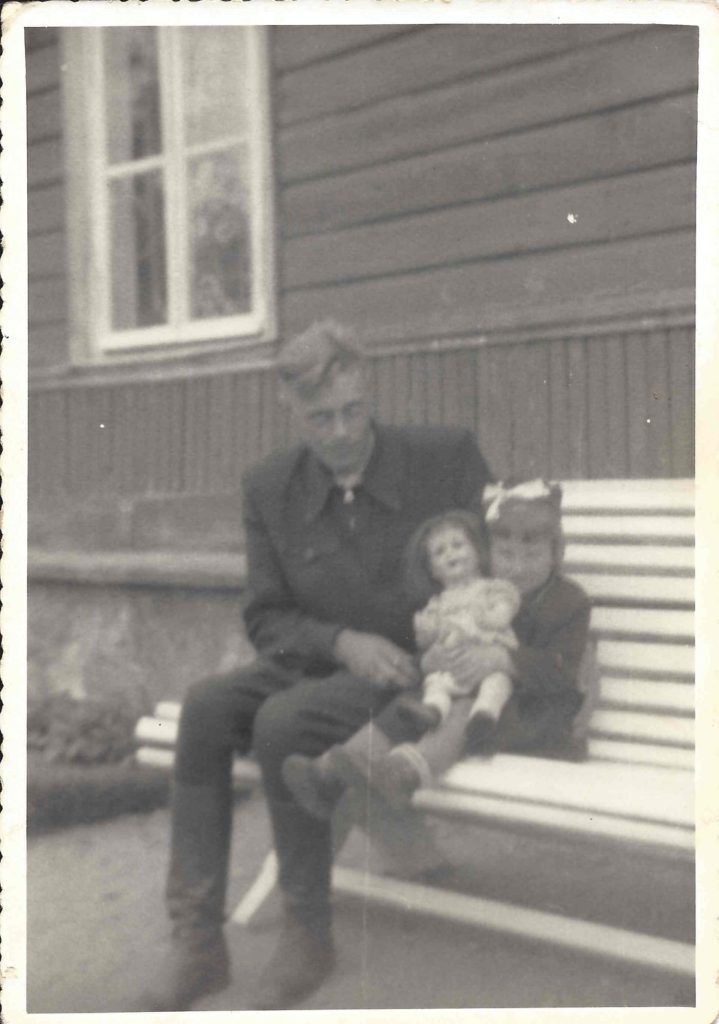 Before, the lighthouse only had a single lighting apparatus. Elmar Kares has installed a second one next to it. ‘A lot can happen,’ he says. ‘What if it breaks down? It’s not a bad idea to have a back-up mechanism.’ ‘By the way,’ the lighthouse chief adds, ‘we have never had an instance where we had to use the back-up mechanism. The main apparatus works wonderfully!’

The engine room walls are lined with work benches and various equipment. This makes it possible to carry out necessary repair works on-site. The storage room of the lighthouse had an electric drill. Elmar turned it into a benchtop drill. He repaired an unused electric motor and used it for a sanding machine. The engine room has a charging dock for charging small batteries. This is also made by Elmar.

The lighthouse chief has made many other upgrades that improve the work of the equipment and gear and make it easier to operate them.

Elmar Kares has reliable helpers. His wife Indi works as an electrician. She looks after the batteries and other electrical equipment in the lighthouse. These are in perfect order. The equipment has often been inspected, but there has never been any cause for complaints. In addition to the chief and the electrician, the lighthouse also has two machinists. One of them, Voldemar Katto, has worked here for a long time and is an experienced specialist. The other, Ende Meri, is a young man.

The small team of lighthouse workers lives in harmony like a family, helping each other with tasks. It is not by chance that this team is one of the most exemplary teams in the whole fleet. Sometimes, the lighthouse becomes lively. It is visited by excursionists, workers from other lighthouses, to present the work of pioneers and to learn from their experience in operating equipment. A special logbook has been set up in the lighthouse, where visitors note down their feedback.

A while ago, an admiral visited the lighthouse. He made the following entry: ‘Everything is in outstanding order. I thank the lighthouse chief and the whole team for their excellent work in maintaining the lighthouse.’ There are many entries like this in the logbook. One of them has been written in special characters. It was written by visiting friends from China.

A legend about the rear beacon: access to the lighthouse was provided by a ladder. The lighthouse guard on duty had lit a fire and fallen asleep. When he awoke, he saw that the ladder had caught fire and he could no longer get down. He unravelled his sweater. He lowered the end of the yarn to the ground where others tied a rope to it, which he was able to pull up and use to get down.

The lighthouse is white, because it serves as a landmark during the day. Lighthouses have to be visible during the day, which is why they are usually white, red or with red and white stripes.

Ringvaade #32, August 1956. Suurupi upper lighthouse watchman, Elmar Kares, is featured in the video on the timeline in the minute range 4.27 to 5.38. The interview was recorded in what is now the museum house (formerly a technical building).