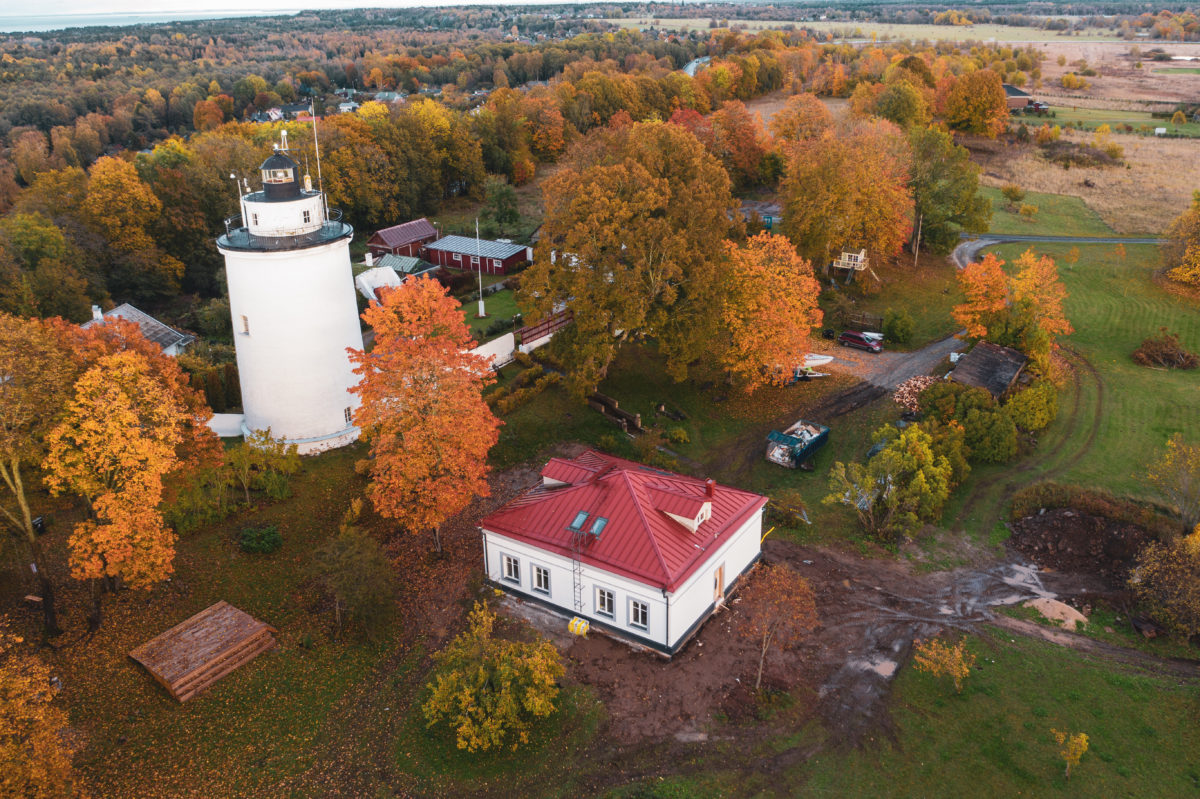 From 1998, the building housed a seismological station.  The small instrument stood on a tripod on top of a concrete pillar with its base a few metres below the ground. The concrete of the pillar had been poured directly on the limestone bedrock. The first device broke down after it was struck by lightning.  In 2005, a new device was procured with the help of the Centre for Environmental Investments, which operated in Suurupi until the state decided that they no longer needed the building, which was subsequently put on sale via the state real estate company Riigi Kinnisvara AS. An Estonian earthquake was recorded at the Suurupi station in November 2006, for example. It took place one night in the sea near the island of Keri and the shocks reached Harku Parish within five seconds.

Sisters Anne-Ly and Kristiina bought the building that stood on the grounds where they spent their childhood. Riigi Kinnisvara AS concluded a sales contract on 12 January 2011 with the auction winners.

In order to breathe new life into the building, planning work began with the aim to turn the building into a museum that would present the history of the Suurupi area and its lighthouses. Around these parts, the lighthouse has always been a place where advice and help could be sought from the lighthouse keepers.  Planning work began already in 2011 and even though the topping-out ceremony was held in February 2013, the building had to be conserved for many years, with the construction work only continuing this year.  The building work is carried out with funding from the PRIA Leader programme. The building is situated within the lighthouse’s heritage conservation area, which means that the original exterior look of the building had to be preserved, which has made the construction work more complicated and costly. In addition to the museum space, an information point, a community hall, a kitchen and a toilet will also be constructed in the building.

The ground floor of the museum will showcase the most interesting equipment used in the building and an exhibition will present the history of the lighthouses and the local area. We also invite people to share with us any objects or memories with ties to the history of the area that may be worth sharing with the public and preserving for future generations. Write to us at lighthouse@suurupi.ee or call us on +372 533 356 17.

The community hall will not be ready for some time, with only the ground floor of the building open to the public at the beginning. However, it will still provide us with the opportunity to present the history and sights of the local area, and to hold meetings and smaller seminars. The chance to visit one of the oldest lighthouses in Estonia adds unique value to the place. Opportunities for collective visits and creative activities are in the works – including children’s storytelling mornings and opportunities to learn various handicrafts, from knitting to pottery.